If the iOS App for iPhone or iPad is stuck on the the startup screen "searching for CasaTunes server...", as shown in Figure 1, then either: 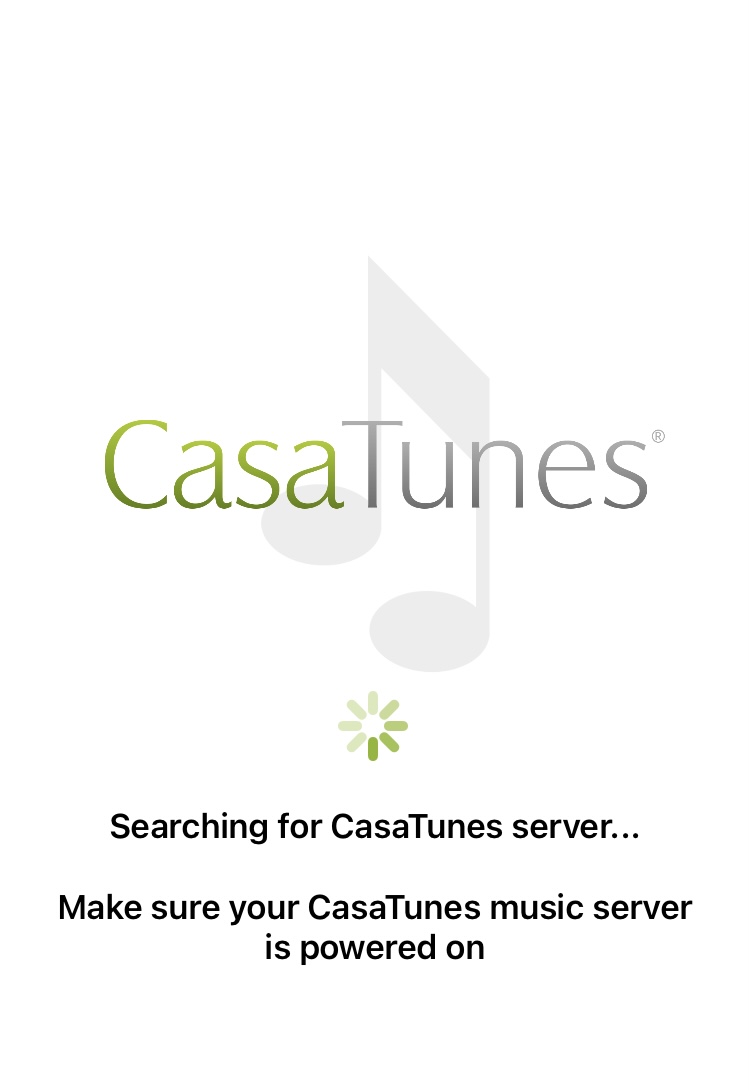 If your WiFi connection is not the problem, then: 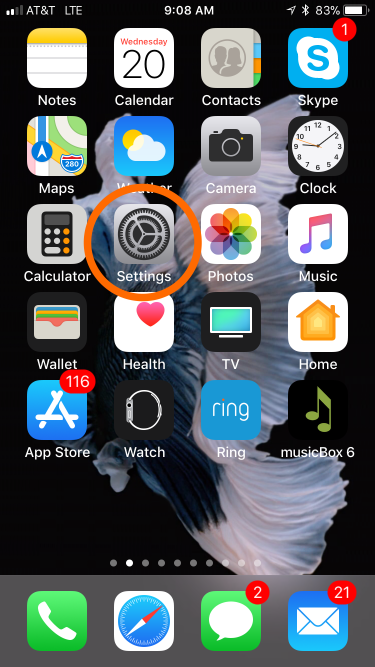 If the Local Network switch for the CasaTunes App was off, check whether the startup issue has been resolved. 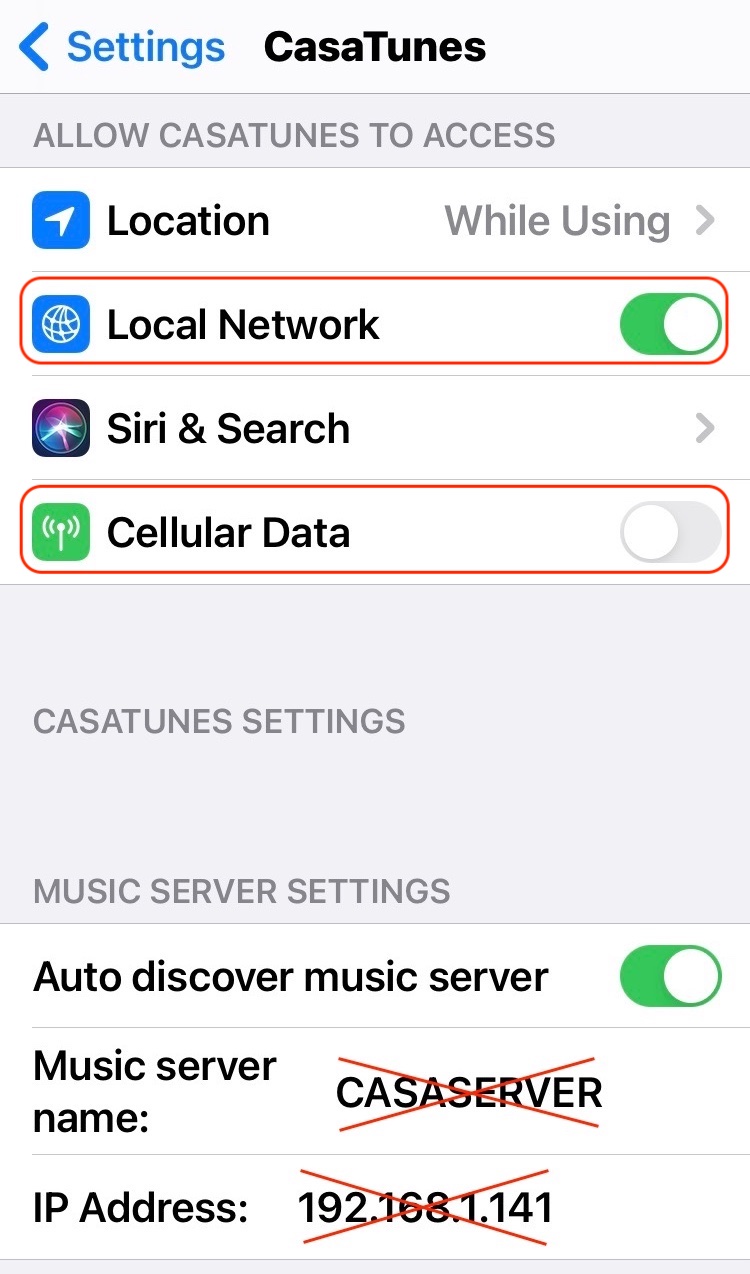 If that did not resolve the issue, then follow these steps:

If the CasaTunes App is still stuck on the startup screen, then contact CasaTunes Technical Support