CasaTunes
music by the roomful
CURRENTLY IN BETA - Contact Support@CasaTunes.com for more information

ELAN is a leader in smart home automation and control.  Offering Intelligent Touch Panels and voice control through Amazon Alexa it’s easier than ever to connect your living room and all other rooms in your home into a truly intelligent home.

Enjoy more entertainment options, simplify routine tasks, and make better use of your resources to enhance your home experience with a sophisticated yet easy-to-use ELAN home automation system. 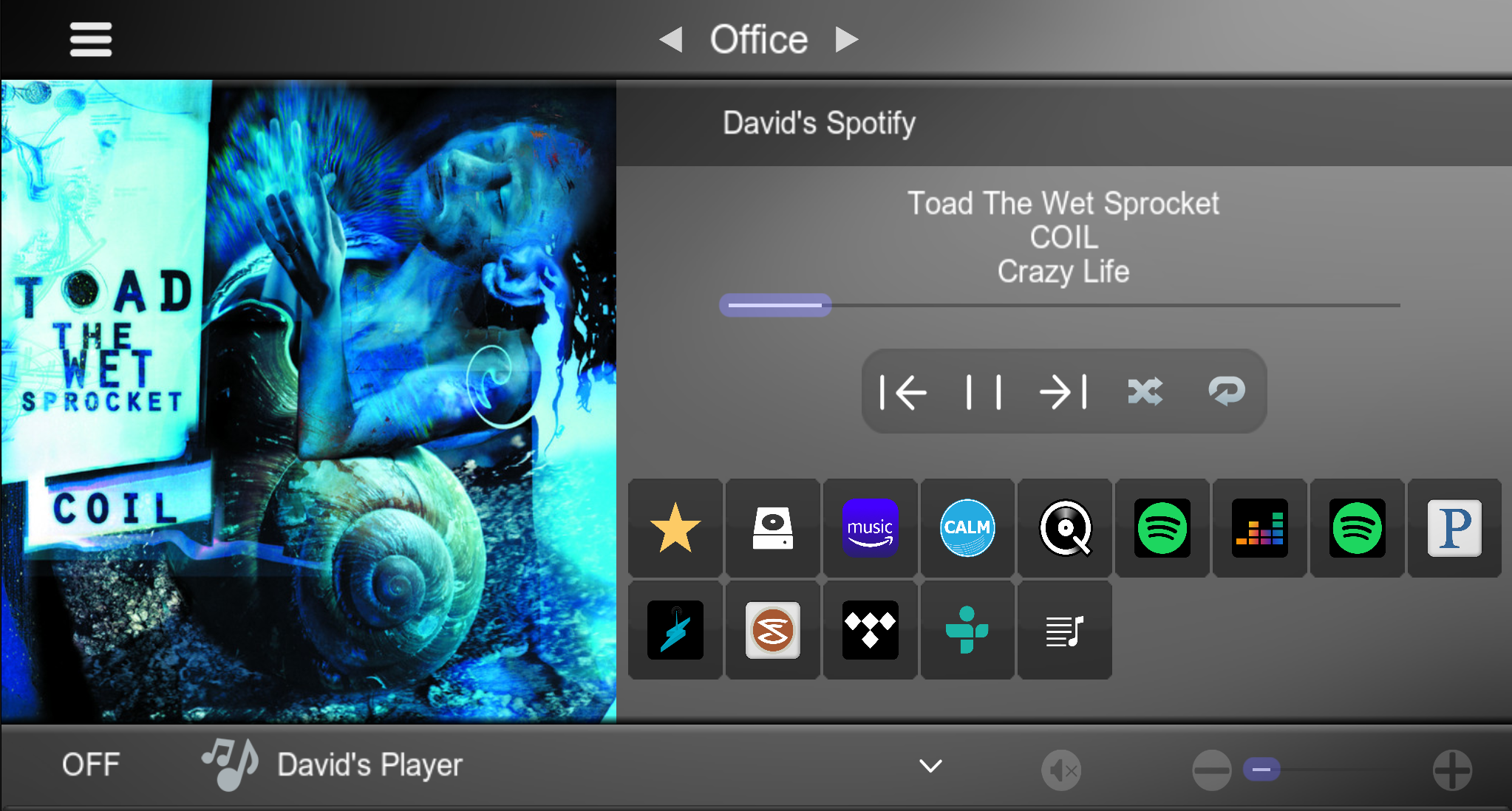 Now dealers can offer customers all the great CasaTunes and ELAN capabilities, including:

The CasaTunes System Discovery driver is the only driver you  need.

You can use either your ELAN panels and Apps and/or your CasaTunes Apps to control the music in your home.

Use your preferred control devices to view your music metadata, browse and search for music (including Spotify), view and manage your music queue, control music playback, and control where the music is played throughout your home.

With full integration for ELAN’s favorites, users can save the music they listen to most frequently as favorites, including stations and playlists, and once saved, can quickly select to listen to these.

CasaTunes exposes much of it’s functionality via a robust set of ELAN Events and Universal Functions, allowing integrators to automate repetitive tasks, schedule and trigger activities.

By leveraging ELAN's cloud service, CasaTunes keeps you informed on the health of your system, so you can proactively manage your customers music.

By combining remote notifications with our remote access to  CasaTunes music servers, dealers can minimize unnecessary truck rolls, and ensure your customers music is always available.