You can enable or disable receiving AirPlay streams, and transmitting CasaTunes music to AirPlay speakers and devices in CasaSetup. 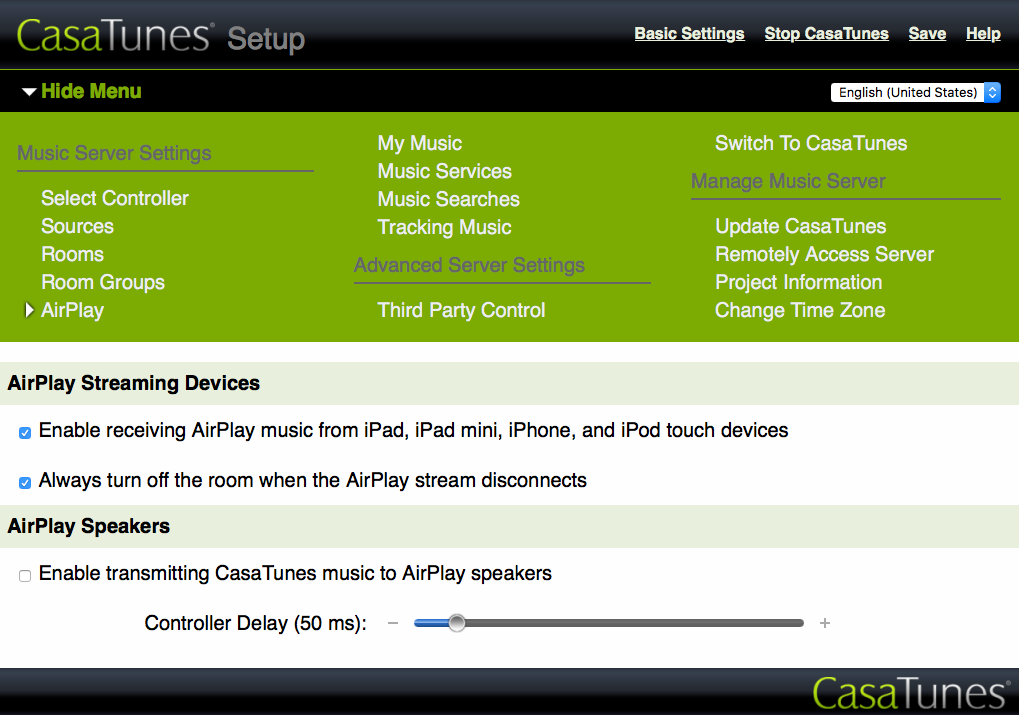 By default, CasaTunes publishes every CasaTunes room and room group as an AirPlay speaker. This allows you to stream music from your iOS devices to any room or room group in your home. You can stream from as many iOS devices as you have streams. For CasaTunes music systems the number of streams is 2 for a CT2-6Z system, or 4 for any CT4-xxZ. 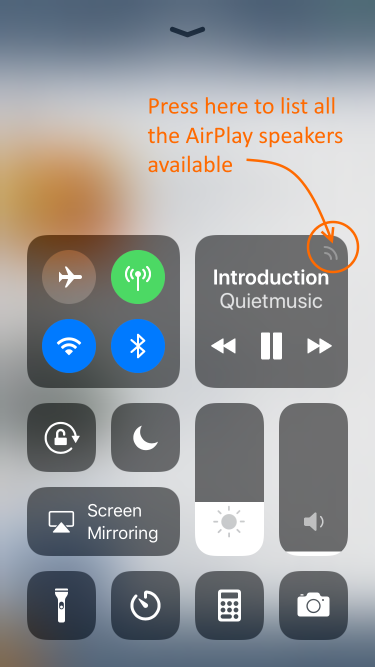 If the iOS music Apps does not provide a built-in AirPlay option in the App, you can still use AirPlay with the App. In fact, every music App inherently supports AirPlay.

To connect to a CasaTunes AirPlay Speaker from an iOS App that does not contain an AirPlay icon:

If you want to AirPlay the same iOS stream to more than one room, you can either create a room group and target the room group, or you can use the Share music option in the CasaTunes App to share the music in one room, with any number of rooms.

You can also stream music from most music Apps on your Mac using AirPlay, by simply pressing the Option key and clicking the Speaker icon. A list of AirPlay rooms is displayed.

Note: Apple often changes the way users connect to AirPlay speakers with different versions of iOS. The image shown is for iOS 11.

With CasaTunes Air, you can send music from your CasaTunes music server to any wired or wireless Apple AirPlay networked devices, such as AirPlay Speakers; AppleTVs (Version 3 or less); and Audio Video Receivers with built-in AirPlay.

The number of wired and wireless AirPlay devices CasaTunes supports depends on the CasaTunes music server you have. We recommend no more that 3 or 5 AirPlay devices, when using a CT2-6Z or CT4-xxZ, respectively.

Apple, Apple AirPlay, iOS, AppleTV, iPhone, iPad and iTunes are trademarks of Apple, Inc registered in the US and other countries. All other products and services may be trademarks or service marks of their respective owners.